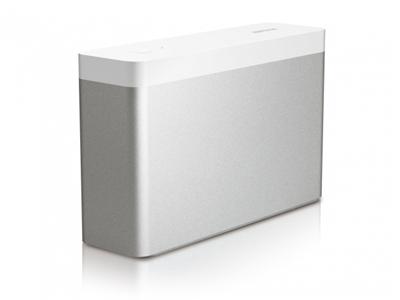 With read speed of approximately 615 MBps, and write speed of about 760 MBps*, Buffalo's DriveStation™ Mini Thunderbolt™ is ready to face the most demanding applications, perform fast data transfers, backups, and more. In practical terms these benchmarks equate to copying 800MB (+/- 1000 photos) in 1.3 seconds.

The DriveStation™ Mini Thunderbolt™ can be formatted to support both PC and Mac® making it a great portable storage solution for any device. Native Compatibility with Mac OS X Time Machine also makes it an ideal solution for backup with Mac computers.

When paired with a RAID-capable host the the SSD-WAT's dual SSD facilitate software RAID.

It's possible to set it up as a mirrored RAID set (RAID 1), which provides data protection if one disk fails. Alternatively, configure it as a striped RAID set (RAID 0) to maximize speed and capacity for large file storage and fast transfers.

The ability to daisy-chain additional drives - further increasing both speed and capacity benchmarks - make the SSDWAT series perfect for creative production environments and other professional applications as well as demanding home users.